Ancient churches and monasteries, which bring the appreciation and interest of any tourist or guest 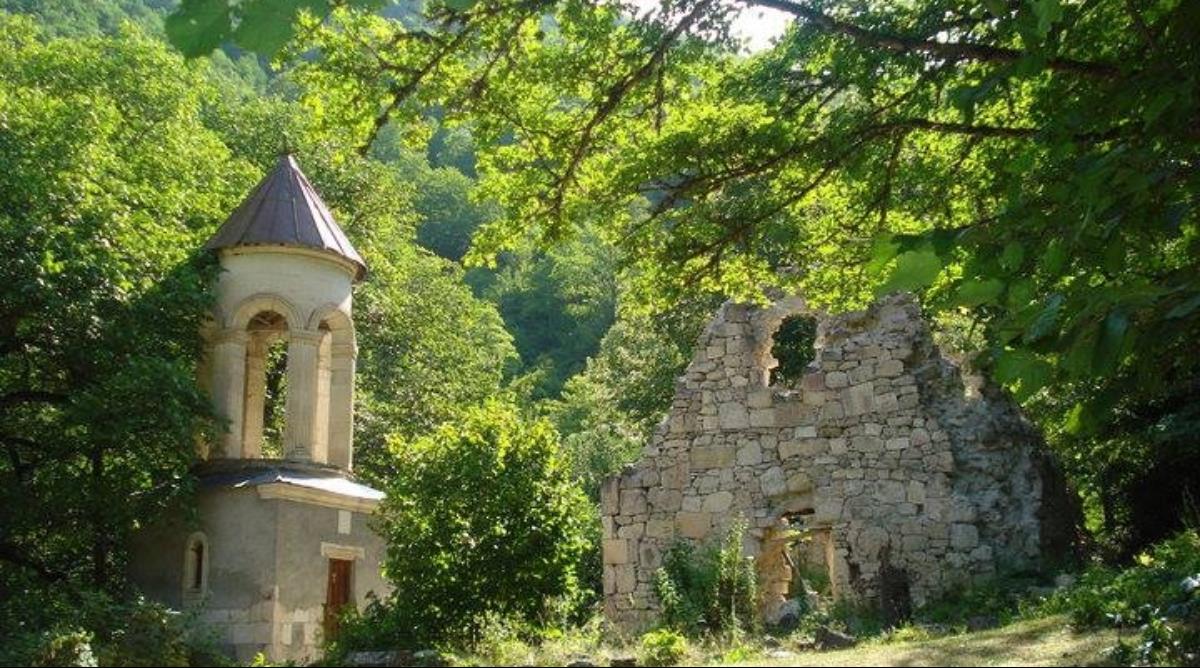 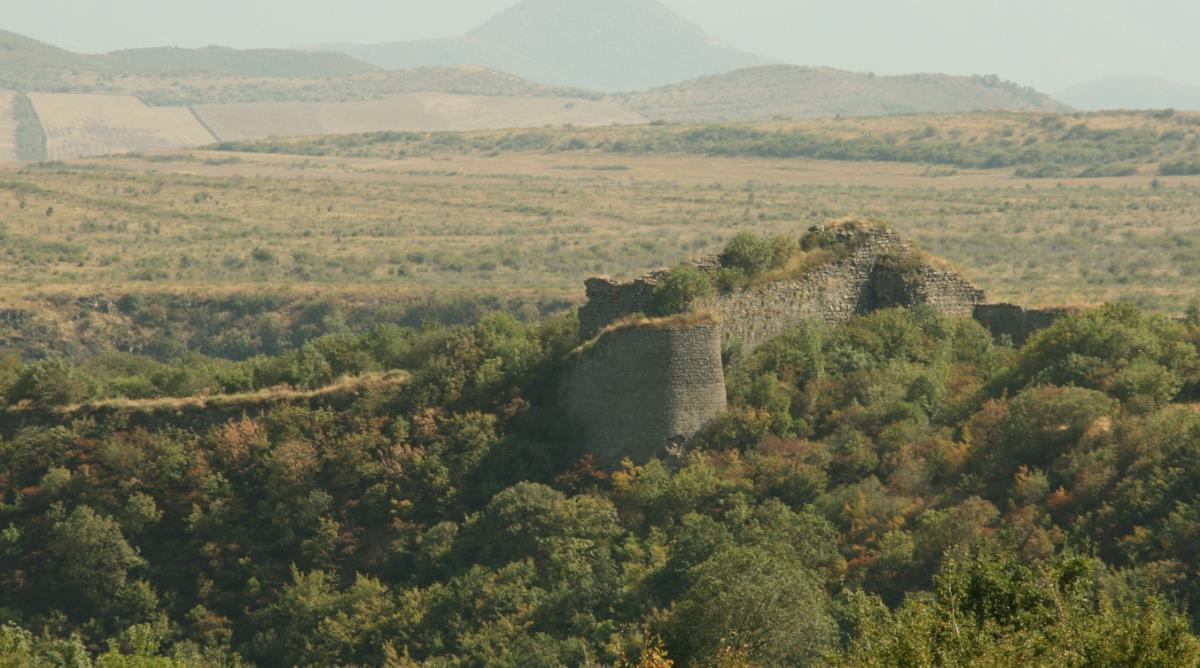 If you want to explore the culture of the country, you should start with the places where history is the most authentic. In Italy, such places would be mausoleums, the ruins of the Roman Empire and Italian yards, in Portugal - the ports and shopping areas, and in England - the gothic buildings, fortresses, and palaces. In Georgia, these places are ancient churches and monasteries, which bring the appreciation and interest of any tourist or high-profile guest. Their main charm, along with architecture, are stories and legends that have been created over the centuries.

We will tell you about important and ancient churches in the different parts of Georgia must visit.

Can the culture of the country be seen on the ruins? - If you are interested in answering this question, you should visit Samshvilde fortress town.

The history of the existence of Samshvilde starts from IV-III BC when it was a center of Samshvilde district. Here you will find Georgian architectural uniqueness. As various sources tell, the history of Samshvildze is also related to Alexandre the Great. There are many churches in Samshvilde, from which the most important is the Samshvilde Sioni. According to the Life of Kartli, the idea of ​​his construction belongs to the mother of Vakhtang Gorgasali in the fifth century. There are historical inscriptions on the surviving part of the temple and several historic people who contributed to building the churches are mentioned.

The church is located on a hill in the northern part of Mtskheta, but many people know nothing about it. The church is one of the oldest monuments built in the twelfth century. They have built it with small pieces of stones. Despite the fact that the building is small, it has many valuable artifacts in it. Its architecture is surprising to all the visitors. The church unites two main parts - a two-story tower building and a hall that has been painted in the twelfth century. The drawings reflect the five festivals of the festive cycle: Annunciation, Presentation of Jesus at the Temple, Christmas, Epiphany, and Transfiguration of Jesus.

In addition, there is a beautiful view of Mtskheta from the church of St. George, where you can see the river Mtkvari and some other small villages. 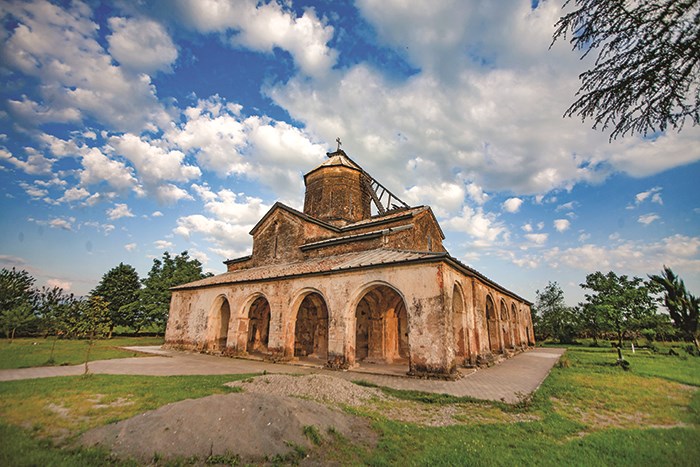 If you get into Tsalenjikha, you should visit this temple, which is located on a small hill. Its architecture will really attract your attention. According to some sources, the construction of the church dates back to the tenth century, however, others say it must be built in the twelfth or fourteenth century.

One of the main versions brings us to King Tamar, who has decided to have a rest on her way to Svaneti. This is when she found this amazing land, and King Tamar decided to build a church there. There are many legends about the construction of the church, which make the legend of the cathedral even more interesting.

The Tsalenjikha cathedral is unique with its pictures and archeology, which was painted by Kiran Manuel Evgenikos, a great artist from Constantinople. The artist was invited by Vamak I. For 70 years, during the communist era, the temple was not functioning and was closed, but in 1988 the liturgy was restored. There are many historical figures buried in the Cathedral, including Levan II Dadiani and his wife Nestan Darejani.

In Zemo Svaneti, there is a beautiful village called Latali, the only place where Georgian ancestors have built a church in the name of St. Iona the Prophet. The church is not easily accessible and has interesting mystical myths, architecture, and history. It was built and painted in the fourteenth century. Even though the paintings were damaged during centuries, entering the church one can easily notice how great they are. Traveling to the Chelishi Church in Racha might be the greatest thing for you. The church built in the beautiful nature of the Racha dates back to the 11th century, but they were unable to make it function. In the sixteenth century, Bishop Melkisedek took over its restoration. Since then, the life at the church has become very active, but was once again interrupted in the twenties of the twentieth century,

Chelishi has great importance because of its manuscripts. In 1902, Archimandrite Ambrosi Khelaia, who visited Chelishi, had found an unknown work “Conversion of Kartli (chronicle)” and it appeared to be even larger than Shatberuli. To make it clear, Shatberuli manuscript was discovered by Ekvtime Takaishvili in 1888. Thanks to those two manuscripts, the history of Georgia has been significantly expanded and enriched with valuable information.

There are many other churches and monasteries in Georgia that have great importance to Georgian culture. Organizing unforgettable historic tours is one of the best ideas for you and your guests who want to know more about the history of Georgia. Implementing these ideas, planning and organizing the best tours, require a lot of time, energy and knowledge. But as you might have a very busy life, we might be able to give you a suitable solution - Concierge Tbilisi has been creating unforgettable adventures for its partners for several years already.